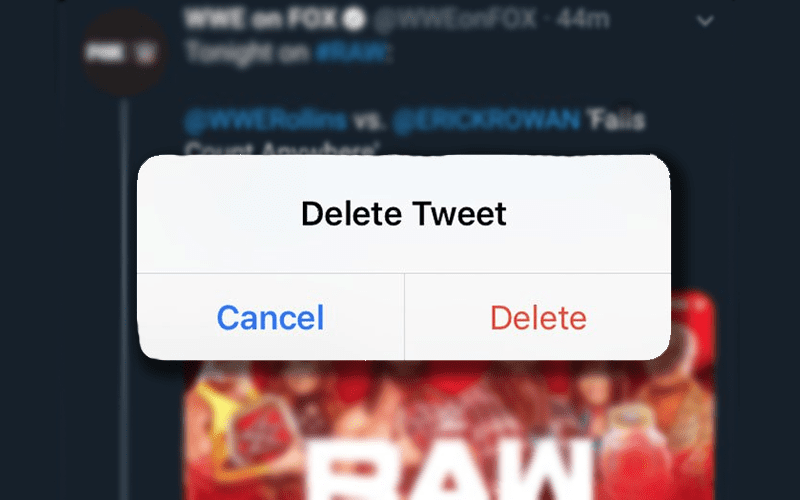 WWE has been getting quite a focus in the past few days for the how they treat minorities on their roster. This was largely sparked by Jordan Myles calling WWE out for a racially insensitive t-shirt design that they later said he approved.

One fan tweeted out to WWE On Fox asking where are the minorities on the show. They replied back saying “What do you think Kairi Sane is?” That tweet was promptly deleted, but not before it created some controversy.

The official WWE On FOX Reddit account replied to a thread talking about this controversial tweet. They explained that it was a “bad tweet” and admitted that they should have just ignored that particular fan instead of responding.

It was a bad tweet our on end. We shouldn’t have even replied, or we could’ve used other examples like The Street Profits, R-Truth etc. But we just should’ve stayed quiet. Mistakes happen, and this was on us.

Hopefully, this doesn’t happen again. It was also revealed that the WWE On Fox account is operated by one person with five people making content for the account.

The account continued posting in the Reddit thread and had some fun with fans. They said that they’re a corporate account that tweets about all WWE events whether they’re on FOX or not. Also, don’t ask them for cash because they gave it all to Renee Young.