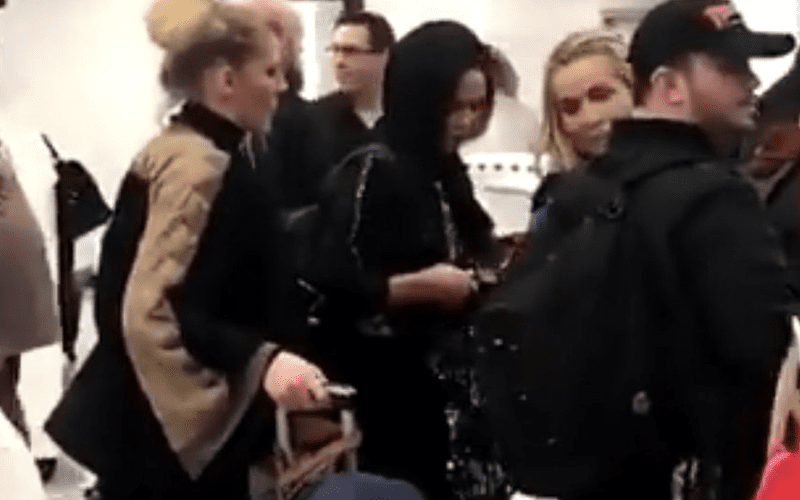 WWE hasn’t been granted the permission to hold a women’s wrestling match in Saudi Arabia yet. When women were accidentally shown on the big screen during a WWE Network commercial at a previous event in Saudi Arabia, everyone lost their minds.

They haven’t reportedly been granted the permission to hold a women’s match in Saudi Arabia this time around. Ring_Rules reports that three women made the trip anyway.

In a tweet translated to English, it is reported that Lana, Natalya, and Lacey Evans all made the trip to Saudi Arabia. There is also a photograph to prove it.

We’ll have to wait and see what happens here. They might not appear on the show, but they could still visit a hospital or do some other kind of outreach while they’re in Saudi Arabia.

This is actually Natalya’s second trip to Saudi Arabia as she and Alexa Bliss went last time, but they were not granted permission to wrestle.