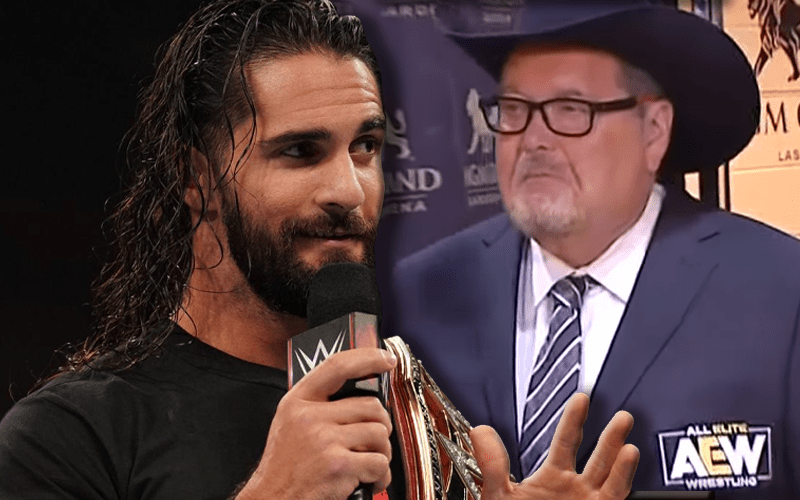 Seth Rollins recently stirred up some controversy, but that’s nothing new for him. He’s quite good at speaking his mind.

The Architect said if Kenny Omega is done with the “minor leagues,” he can face him at WrestleMania. Jim Ross didn’t appreciate hearing this so he made a quip about how Rollins isn’t as over as “his girlfriend” Becky Lynch.

To promote an upcoming appearance for the Gorilla Position, Rollins replied back and seemingly worded his plug for the event very specifically.

Come hang out with me and my super over fiancée!

Seth Rollins might not be a fan of pro wrestling news, but when it’s about him he’s probably reading it. This seemingly proves that he at least heard what Good ‘ole JR had to say about him.