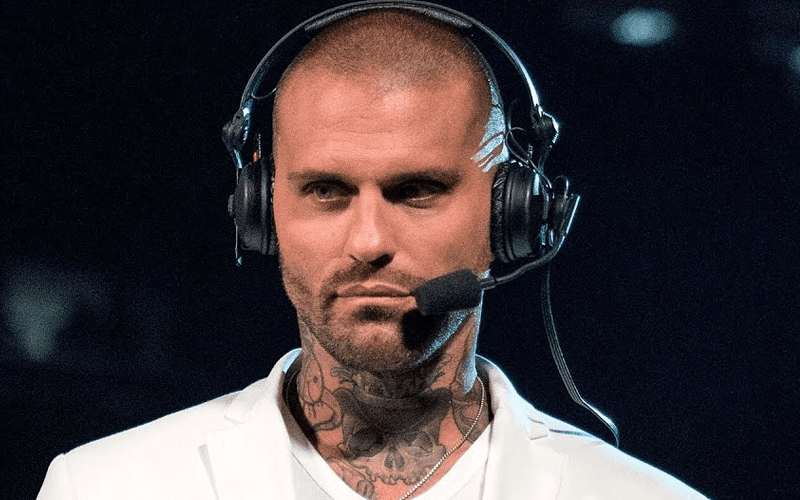 Corey Graves cut a promo from his car about the people he has lined up for the first episode of WWE After The Bell. He will have a loaded first show and he could be asking a lot of very hard-hitting questions.

Not only did he promise to ask Triple H the questions that journalists can’t ask him on our quarterly conference calls, but he also teased asking Seth Rollins about Kenny Omega.

Needless to say, this is an exciting idea and we’re all on board for the new podcast to drop.

“I just got home from SmackDown, saw the announcement from WWE Now about the guest list for the first-ever After the Bell. I appreciate the love, and no offense, but McKenzie and your teleprompter, that ain’t it, okay? This isn’t about being edgy, this is about being honest, alright? I don’t know what to expect, but I can guarantee what it won’t be. Maybe I’m gonna about Cesaro and how he should be in the main event of everything. Maybe we’ll talk about Lana and ‘Lashington Steel’ on Monday Night RAW.

“I got Triple H on the show. I’m gonna get the answers that you journalists can’t get on your quarterly conference call. Maybe I’ll talk to Seth Rollins about being ‘not cool.’ Maybe I’ll ask him about ‘KO.’ And I don’t mean Kevin Owens. I got Bayley. I got ‘Nature Boy’ Ric Flair. Wherever you get your podcasts go subscribe to WWE After the Bell right now. We’re going to change from within, alright? And if I’m going out, I’m going out on my sword.”

WWE After The Bell will debut on Wednesday, October 30th and drop every Wednesday evening after that.