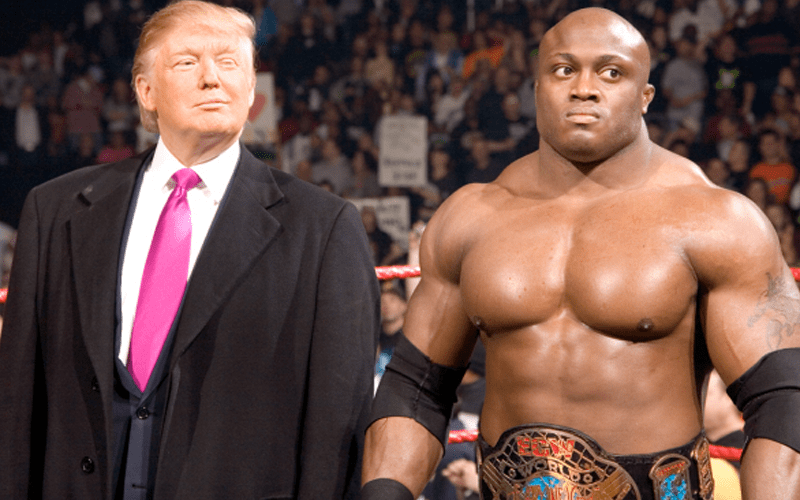 On Lana’s YouTube channel, Bobby Lashley was tasked to reveal how well he knows Lana and it was quite an interesting game to play. Lana said that Lashley is the “love of my life” before Lashley explained how he got to know Lana.

He explained that “one thing led to another” after they met, but Lana stopped him from telling all of the details because children could be watching. It seemed like he didn’t know how much he should say about his relationship with Lana.

Lana revealed that she watched Bobby Lashley when she was young and working with Donald Trump in WWE. Then Lashley spoke about working with Trump when he called him a “team player.” Apparently, Trump told Lashley that he has “a great body” and Lana agreed.

“I am not the secretary of defense, based on what we’ve done. You know I’ve had countless, countless messages about that and at that time it was an incredible time.”

“I can tell you one thing about Trump when he came there he didn’t say ‘I’m going to do the managing for you, Bobby — I’m going to do the refereeing for you Steve Austin’ — He came out there and said, ‘What can I do to make this better?’ We just used the resources that he had and everything was great.”

“I mean he was a team player and all the way through it he just made the whole angle, the whole story, the whole feud, everything he made it great. He was a very important part.”

“I think [he knows about Lashley’s relationship with Lana] because he loved me. He told me ‘I love you. You’re a great guy, you have a great body.”

“At the time when we were going through [the WrestleMania angle] he was working with Miss America and I think a couple of other ones.”

“He was like, ‘Bobby are you single?’ At the time I was and he said, ‘Well, you should think about talking to one of these guys, you seem like a nice guy — college degree, military background, great body.'”

Bobby Lashley said that he could never make things work out with a Miss America contestant thanks to Trump, but it’s the thought that counts.