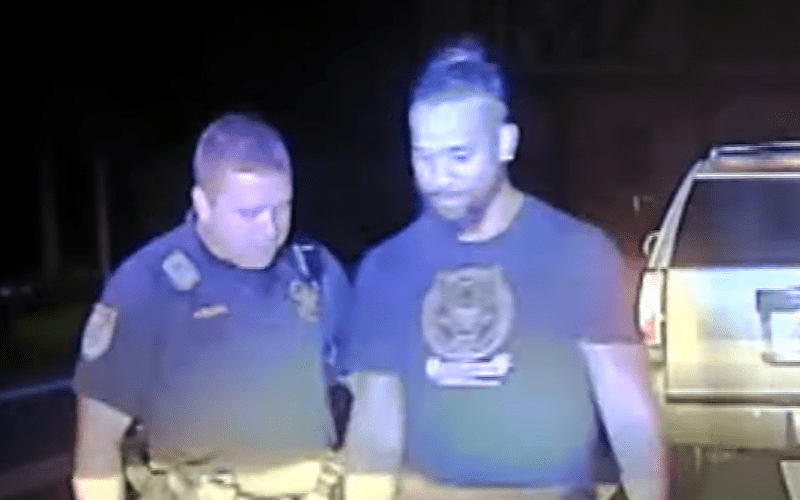 Jimmy Uso was arrested for DUI a short time ago and hasn’t appeared on WWE television for quite a while. Now new footage shows more details about his recent arrest.

Dashboard camera footage from the arresting police officer shows Jimmy Uso swerving on the road and speeding. Then he was brought out of the car where he was later arrested after speaking to the cop.

This video from TMZ is over six minutes long and details the entire situation. Uso said he had “a glass of wine at dinner” about two hours before. He said that he was safe to drive. Obviously, the police officer didn’t believe him.

Uso was then informed that he was being arrested for DUI. This is a very sad situation and we continue to hope for the best.

At this time WWE is said to have nothing planned for the Usos’ return to the ring.