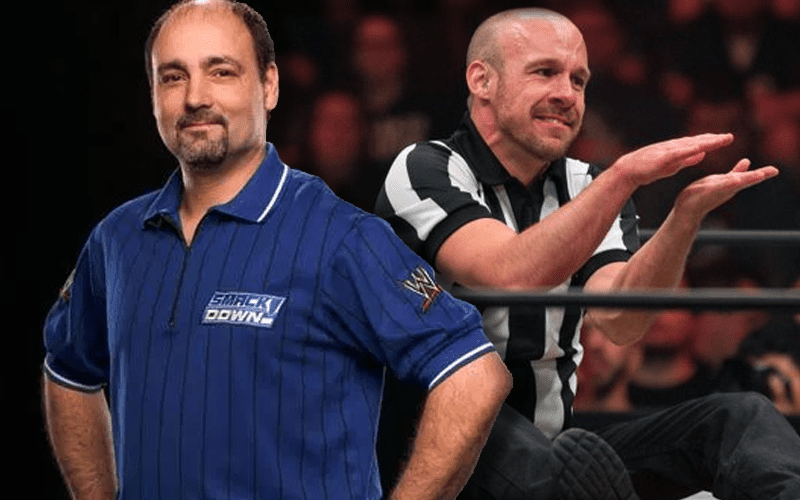 Jimmy Korderas knows a thing or two about maintaining order in the pro wrestling ring. After 22 years as a referee with WWE he picked up a thing or two.

He recently spoke to Wrestling Inc where the long-time WWE referee had some very interesting observations about AEW’s officials. AEW has a different audience who like certain things. Still, most of the decisions made under the “referee discretion” rule wouldn’t fly in WWE at all.

“I think Cody came out with the video saying ‘referee’s discretion’ which is the new buzz word. In my mind, it just means we have no other way to get out of this so we’ll just fudge the rules so we can get our stuff in.”

“I’ve seen instances of the referee goes out and hangs out out there and starts admonishing everybody and doesn’t count. At the end of the day… the audience for AEW is a hardcore-based audience and has bought into everything they do. In their eyes they are the cool kids and can’t do anything wrong. They’re being entertained. It’s fun and different, yes.”

“If that stuff was going on in WWE there would be outrage like you wouldn’t believe. I get Hall of Famers making excuses for it, but at the same time I don’t agree with it. I want it to make sense and when you start fudging the rules that much, then it stops making sense. Why is okay in this match for it to happen but it’s not okay in another match?”

“It’s frustrating me to watch because it distracts me from what is going on with the product.”

It sounds like Jimmy Korderas is watching AEW Dynamite, but he might not be a big fan of how their referees keep order. At times it can get a bit confusing, especially when the commentary team doesn’t know who the legal man is. Jimmy Korderas just wants things to make sense.