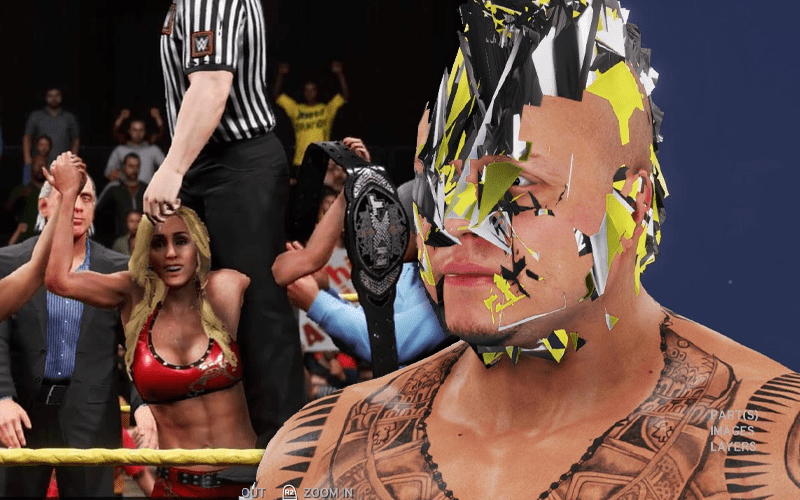 WWE 2K20 is broken. The PlayStation Store is giving out refunds like crazy and #FixWWE2K20 is still trending on social media. There is a reason for this.

Fans kind of saw this coming as they dragged the design of Chyna’s character in the new game. They had no idea what to expect when the actual game came out.

Apparently, you can win Money In The Bank matches via pinfall in WWE 2K20. They really are innovating the idea of sports entertainment. The glitches don’t stop there either.

One glitch that was found makes it look like Johnny Gargano didn’t survive Thanos’ snap at the end of Avenger: Infinity War. He might actually appreciate getting “blipped,” but other fans might appreciate a full render of Johnny Wrestling instead.

We’ve already covered a few awesome glitches in this new game. Now you can check out even more that have been uncovered below. There are way more than this, but we don’t want to spoil it for anyone who wants to play the game and find the glitches on their own.