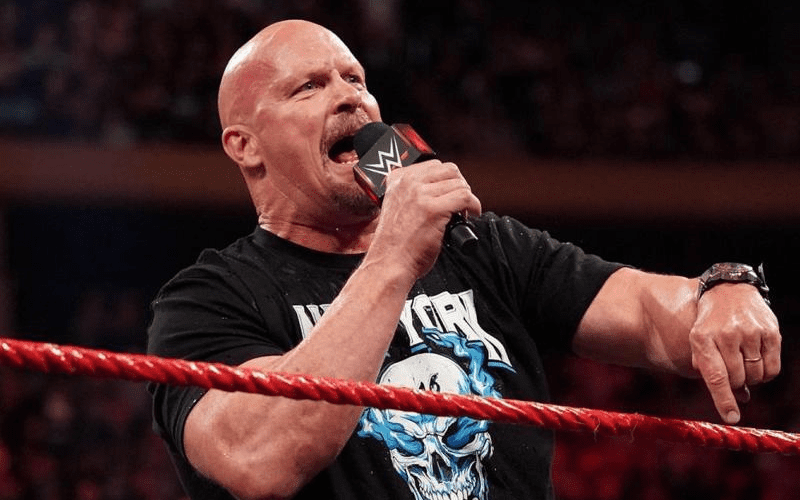 Steve Austin started interrupting people by saying “What?” so long ago, but now fans use it for their own devices. That might not be appreciated by everyone in 2019.

WWE on Fox’s Twitter account kindly asked fans to stop with the “What?” chants. They said it is disrespectful, and then they curiously deleted those tweets.

This request came after Rusev passive aggressively asked fans to cut out the “What?” chants when they were firing them at Jerry “The King” Lawler.

The Rattlesnake apparently heard about this recent “What?” controversy. So, he weighed in on the topic in the best way he could.