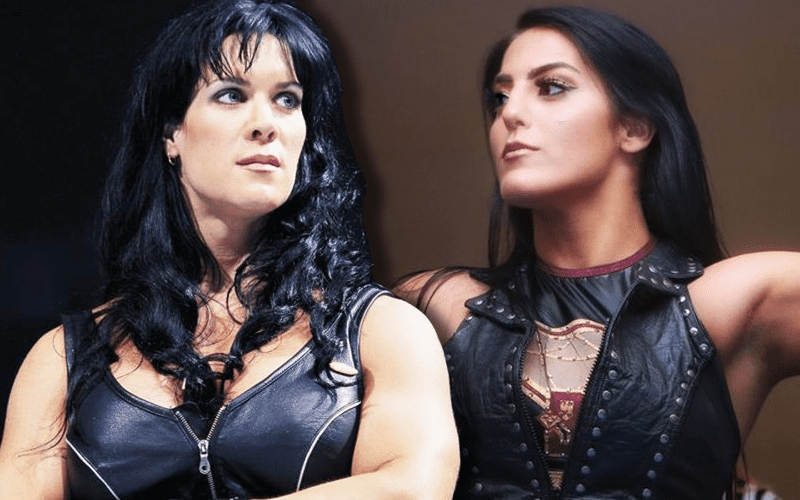 Tessa Blanchard has a lot of time to do some big things in the pro wrestling business. She’s well on her way to breaking even more ground in Impact Wrestling.

It is apparent by Impact Wrestling’s booking that she is being groomed to hold a top title in Impact Wrestling other than the Knockouts Title. This could make her an even bigger name in the pro wrestling world.

When it comes to possibly winning the Impact Wrestling World Title, Blanchard told Chris Van Vliet that a lot of people compare her to Chyna. This is usually something that comes up when it comes to her winning a title usually held by men.

“It’s not something that’s really been done since Chyna and that wasn’t even the world title. A lot of people compare me to her, a lot. I don’t know, I think if that were to ever happen, if that were ever to be reality, that would be another way that I can make history in my own way.”

Tessa Blanchard and Chyna are much different in a lot of ways. That won’t stop Blanchard from making history in her own way no matter how fans might see her.