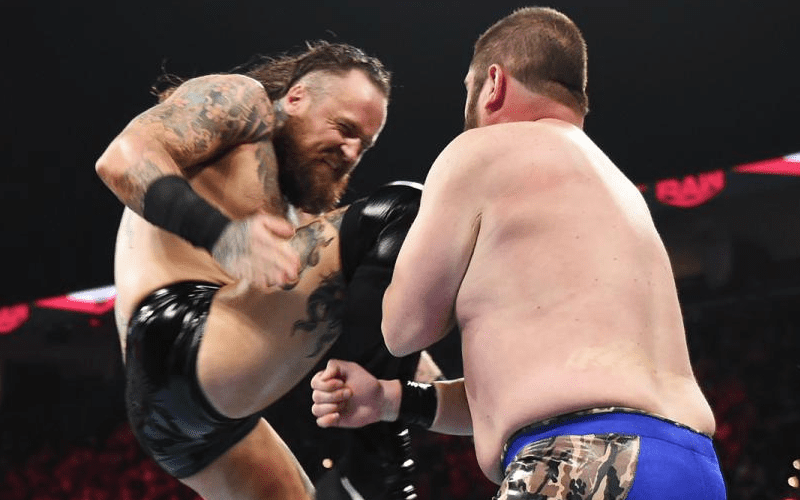 Aleister Black is getting a nice push on RAW this time around. That means that WWE is placing some enhancement talents in his way first.

Last night, Black defeated a local competitor. This indie wrestler didn’t stand much of a chance, but he did get some clubbing forearms in on the former Tommy End before meeting an end with a Black Mass.

Black’s opponent last night was billed as Jason Reynolds, but he also wrestled as Jason Cain or Jason Legend. He’s wrestled for over twenty years as Jason Briley. Right now he is 1/2 of the Memphis Kings with Chris Phoenix.

Currently, the Memphis Kings are the Big B Pro Wrestling Tag Team Champions. That title did not help him last night against former NXT Champion Aleister Black.