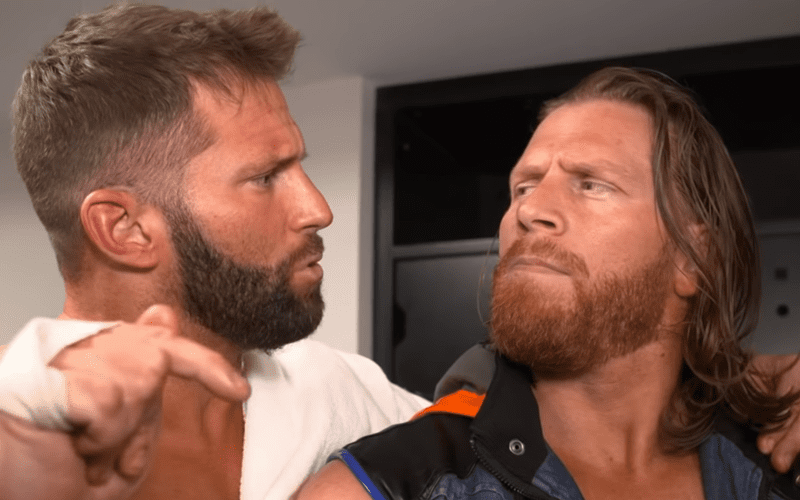 Zack Ryder and Curt Hawkins might not win very often, but they are very grateful for their positions as WWE Superstars. They are relaying this feeling however they can, even after a tough loss.

Following their match on RAW, Hawkins and Ryder didn’t want anyone to forget that it doesn’t matter if they win or lose, because they’ll never be defeated. Zack Ryder further explained that it’s all about gratitude because they’re RAW Superstars.

“We got drafted to Monday Night RAW. We got drafted via The Bump — The Bump should be paying us for this plug. I’m grateful that we got to wrestle the Tag Team Champions. We got a little taste of the Vikings.”

Hawkins and Ryder continued to yell about how grateful they are and how anyone that’s a part of WWE should feel the same way. It seems like they have a new mindset and they don’t want people to forget it.

Zack Ryder then debuted the team’s new catchphrase. They are the “PPF Of WWE,” the past, present, and future. Let’s see if that makes it on a t-shirt in WWE’s Shop.