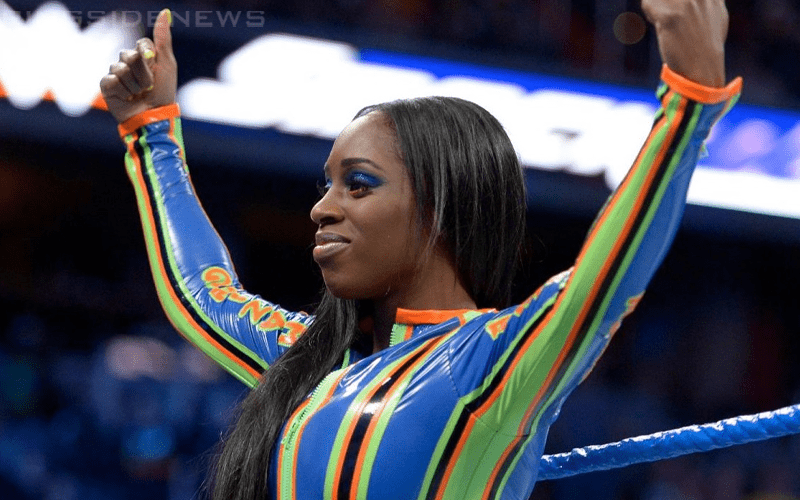 Naomi hasn’t wrestled since July which is before her husband Jimmy Uso’s recent DUI. Now it looks like she’s headed back to the ring.

The Glow released a public statement about her absence not too long ago. She needed to work on some things and she didn’t specify any return timeline. Now we might have our answer as to when she should be expected.

Naomi is advertised for the WWE live event in San Juan, Puerto Rico at the Coliseo de Puerto Rico on October 26 according to PRWrestling. She is slated to team with Natalya in a match against Alexa Bliss and Nikki Cross at the show.

We’ll have to see if Naomi makes a return to WWE television before then, but it looks like she’ll be wrestling again in four days if this announcement is up to date.