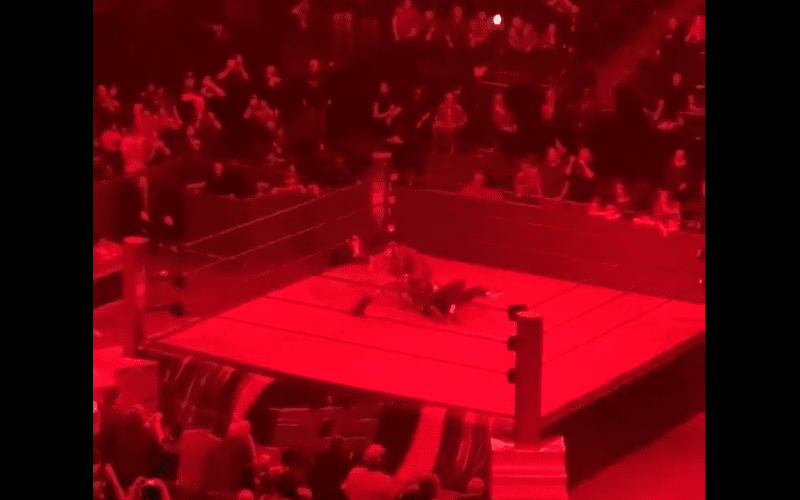 Bray Wyatt is a SmackDown Superstar after the last draft, but he’s wrestling for the Universal Title at Crown Jewel. We’ll have to see how that interesting situation turns out, but he’s not losing sight of the blue brand.

The Fiend actually appeared during a commercial break in the middle of SmackDown last night. He issued a warning to The Miz in the process. Nothing violent happened at the time and everyone carried on with the show as usual.

There was a thought that The Fiend would show up again and he did after 205 Live was off the air. Those lucky fans who stayed through the whole show got a little extra violence during The Miz vs Cesaro who were working a dark match.

After 205 Live was off the air, Bray Wyatt returned once again to take out Cesaro. It seems as though Cesaro is a favorite target for WWE recently since Tyson Fury also knocked him out after the show last week.