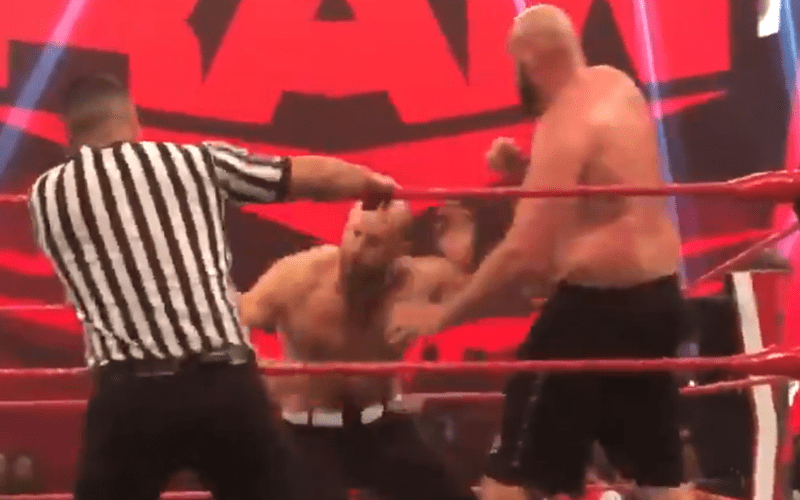 Tyson Fury might have still been a bit hot after WWE RAW was all said and done this week. Cesaro felt the brunt of that as well.

After RAW was over this week, Cesaro was left in the ring with Tyson Fury and this meeting did not go as the Swiss Superman would have liked at all.

Security was able to separate Braun Strowman from Tyson Fury then Cesaro was in the wrong place at the wrong time. Fury landed two quick as lightening punches and Cesaro dropped like a sack of hammers.

You can check out the clip below. It might be worth watching a couple of times because those knockout blows are incredibly quick.