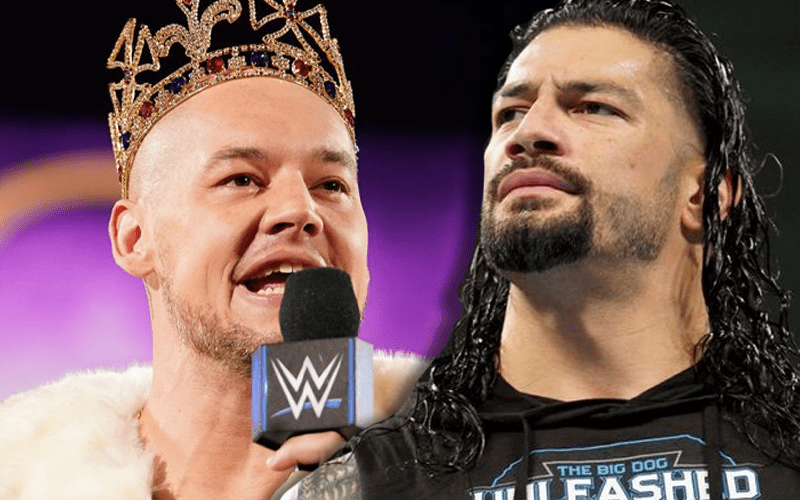 The Rock showed up at the Friday Night SmackDown debut and he really let Baron Corbin have it. Then King Corbin took some abuse from The Great One and Becky Lynch.

Now King Corbin is a bit upset and he demands an apology. He knows that The Rock won’t be on SmackDown tonight, so he’ll settle for Roman Reigns since they’re related.

Corbin said that Roman rode The Rock’s coattails all the way to Hollywood and wants an apology from Roman on behalf of his cousin. It doesn’t sound like The Big Dog is too thrilled to grant this request.

“Do you seriously walk around with that crown on in public guy??” Roman Reigns replied.

It sounds like King Corbin is going to have to keep trying to earn that respect.