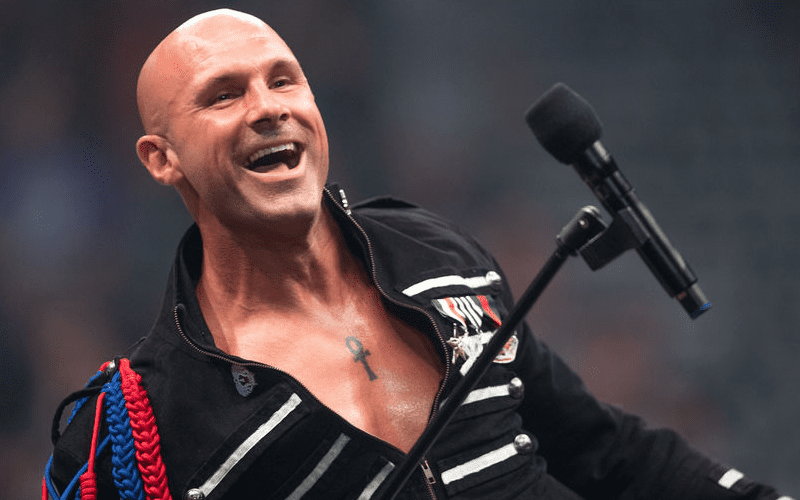 Christopher Daniels and Frankie Kazarian were set to face The Best Friends on AEW Dynamite this week. Then The Lucha Bros attacked them and a piledriver on the entrance ramp from Pentagon Jr saw Daniels stretchered out of the arena.

Scorpio Sky took over for Daniels and they won their match. It appears that Scorpio will continue to wrestle in The Fallen Angel’s place. Frankie Kazarian updated fans about Christopher Daniels’ injury and he’ll be out for “a while.”

Update on the status of @facdaniels The good news is he’s ok. Diagnosed with a pinched nerve. His spirits are high. The bad news is he will be out of action for a while. @ScorpioSky stepped in and SCU now has even more to fight for. We WILL be @AEWrestling tag team champions.

Hopefully, this angle is a bit more storyline than reality to give Scorpio Sky a reason to continue in the tournament. We’ll have to see how long Daniels will be out of action, but he also has backstage responsibilities with AEW so he will be staying busy.