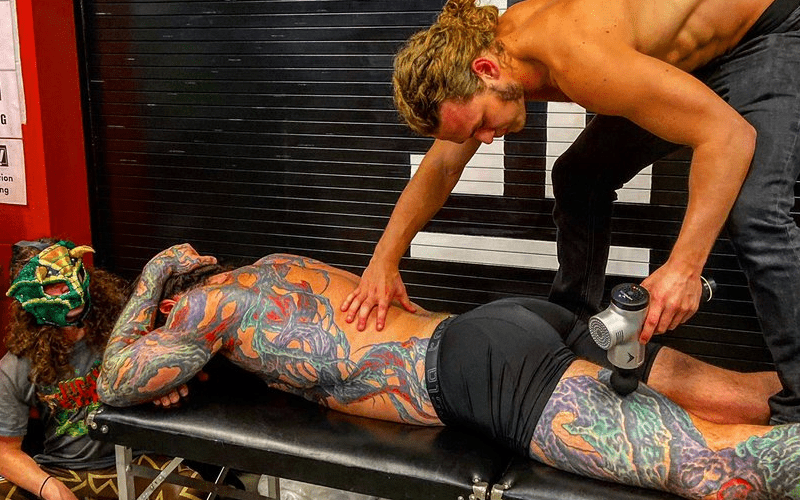 Luchasaurus was set to team with Jungle Boy against the Lucha Bros at last night’s AEW Dynamite taping. That did not work out and he was taken out of action.

It might be a setback, but Luchasaurus commented that he can get through anything with the kind of friends he has.

With friends like this I can get through any set back. #jurassicexpress #jungleboy #babysaurus #luchasaurus #aewdynamite

Hopefully, Luchasaurus will get back to action soon. He was gaining a lot of momentum with AEW fans as part of the Jurassic Express. It seems that Jungle Boy and Marko Stunt will have to carry on without him in the meantime.