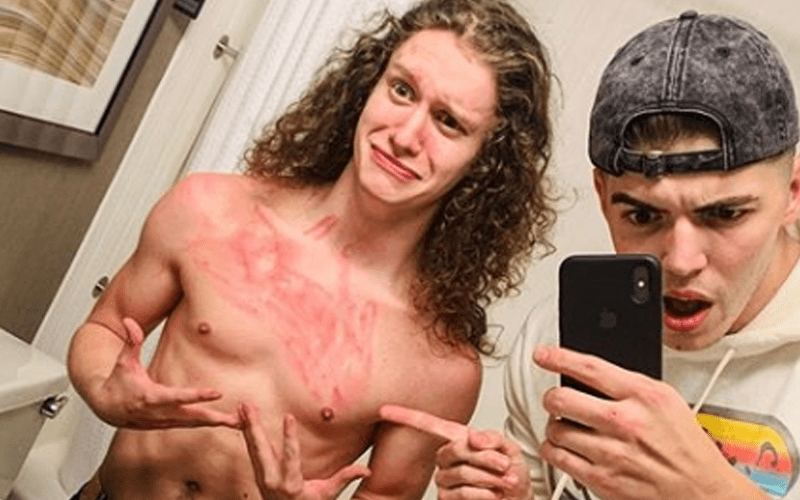 The Jurassic Express lost to the Lucha Bros, but in the process, Stunt’s chest was absolutely demolished.

Pentagon and Fenix’s chops are famous for how stiff they are and obviously, they did the trick. Marko Stunt had two hours notice to get ready for his match so he really did take one for the team.

His chest was wrecked after the match as Sammy Guevara seemed mighty happy to pose next to Stunt’s destroyed sternum.