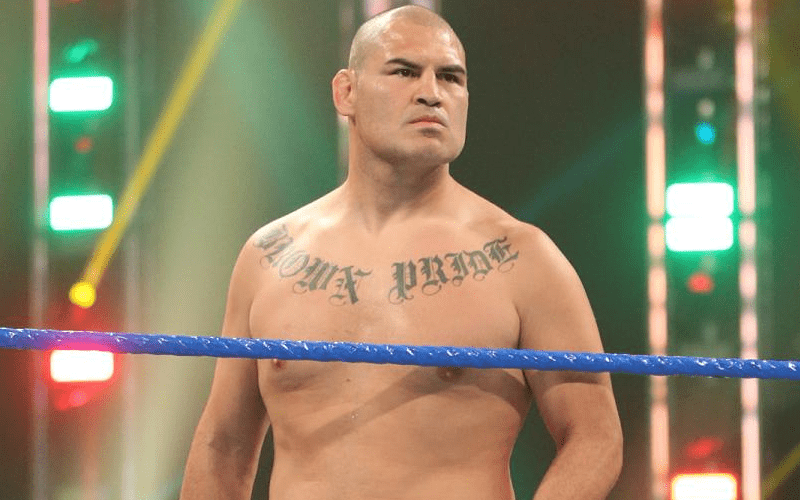 Cain Velasquez showed up in WWE and directed his focus on an old foe in Brock Lesnar, but the former two time UFC Heavyweight Champion still has other business to take care of.

While speaking to the Ariel Helwani show, Cain Velasquez revealed that he is still going to compete for AAA. He has one more appearance to take care of and WWE has agreed to let him work an event of AAA’s choosing.

Velasquez had one more commitment with AAA which was supposed to be taken care of in Los Angeles, but then AAA nixed the show. It appears that AAA still has Cain Velasquez obligated to compete in one more match and WWE is going to support him in that appearance.