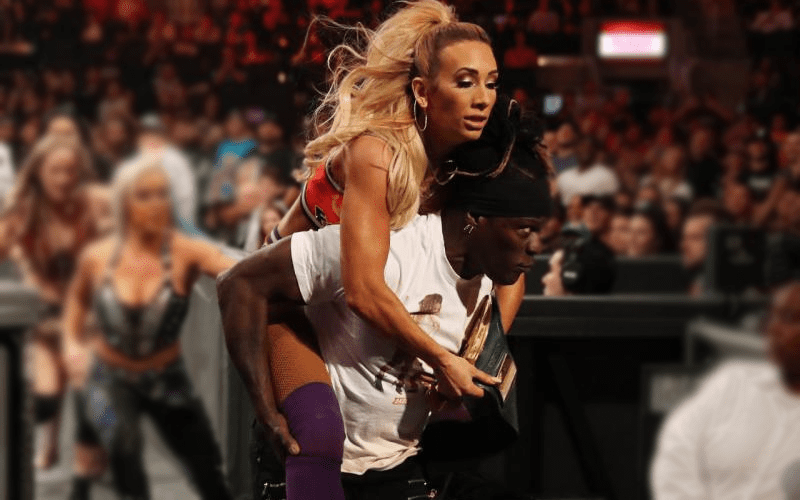 WWE held their 2019 Draft and in the process R-Truth and Carmella ended up on separate brands. This made some fans sad, but the company had their reasons for doing this.

Click here for our full 2019 WWE Draft break down of night two.

During Wrestling Observer Radio, Dave Meltzer explained why WWE broke up R-Truth and Carmella during this year’s Draft.

“R-Truth had to stay there [on Raw], but because Corey Graves got moved to SmackDown, Carmella had to go there, so if you’re wondering why they were broken up, that’s the reason.”

R-Truth and Carmella had a great time together on screen, but all good things must come to and end, even in WWE. It seems that the company’s attempt to keep couples together and appease the USA Network cause a split of Truth and Mella.