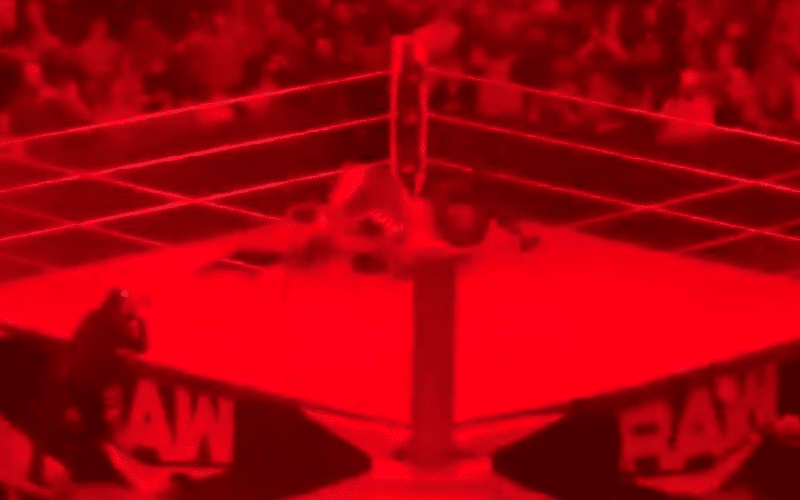 Bray Wyatt’s Firefly Fun House was invaded in a big way during the closing moment of WWE RAW. Then Seth Rollins jumped Wyatt and burned it down.

After RAW was off the air, the show kept going for the Denver crowd. Seth Rollins wrestled Bray Wyatt in a dark match. The crowd booed Rollins huge and Wyatt was incredibly over.

The bad news is that they kept the red light on the entire time. This was the same red light that WWE kept going during Hell In A Cell. It’s unclear if WWE plans on keeping that up for all of The Fiend’s matches, but we can only hope they stop.

The match ended via DQ when The Fiend latched a Mandible Claw on the referee. You can check out how it all looked in the clip below.