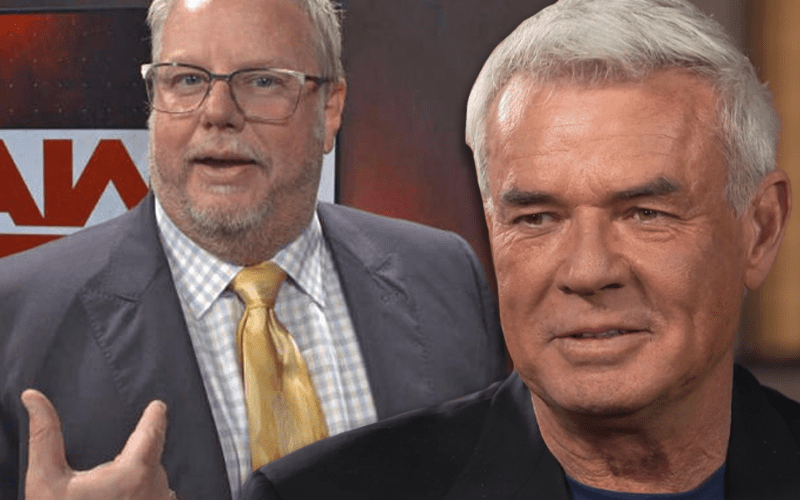 Eric Bischoff’s role as Executive Director of SmackDown did not last very long. He was fired today and now Bruce Prichard has his old role.

We previously reported that there were several issues with Bischoff backstage. He didn’t learn any Superstar names, he left early, and there were some who wanted to quit when they had to work under him.

Now Bischoff is breaking his silence about Prichard taking his job. It doesn’t sound like he’s holding this against Bruce Prichard at all.

Bruce is a great producer, good friend and I am certain he is going to thrive in his position. He’s going to be working with a great team of the most dedicated and hard working people I have had the pleasure of working with and getting to know.

We’ll have to wait and see where Eric Bischoff goes next. Things just didn’t work out with WWE this time around. A lot of people are saying “I told you so” at a time like this.