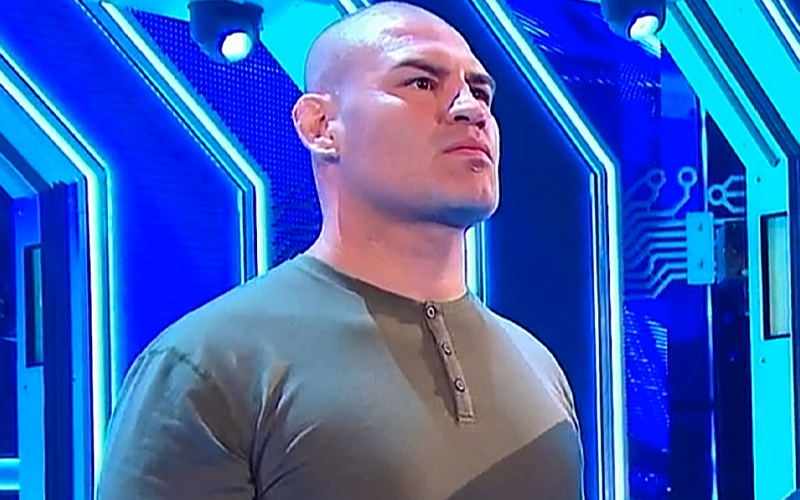 Cain Velasquez could very well become WWE Champion at Crown Jewel in Saudi Arabia. He is training hard in the meantime as he prepares for this big match against Brock Lesnar.

While speaking to Not Sam Wrestling, Velasquez revealed that Psycho Clown caught him the hurricanrana. This took place the night before their AAA show. That being said, Cain realizes that he’s green, but he is making a big effort to learn.

“I’ve seen it done a lot. Before I did that Triple-A show, the night before Psycho Clown had me do it really quickly. The way that I learned is that if somebody can do it and gives me the gist and I was like, ‘well, Psycho, show me how it’s done.’ So he did it really quickly and then I did it and then I inputted it into the show.”

“I would say there is; I am very green in this sport. I haven’t done it for so long but I’m training and I am trying to learn as much as I can and that is the name of the game, even with fighting. But yes, I am trying to learn the sport just like I know I did with MMA.”

Cain Velasquez signed a WWE contract that was not only extremely lucrative, but it is also for multiple years. He will have plenty of time to grow as a performer, but when WWE placed him in such a top spot right from the beginning he’ll have to learn in front of millions of fans.