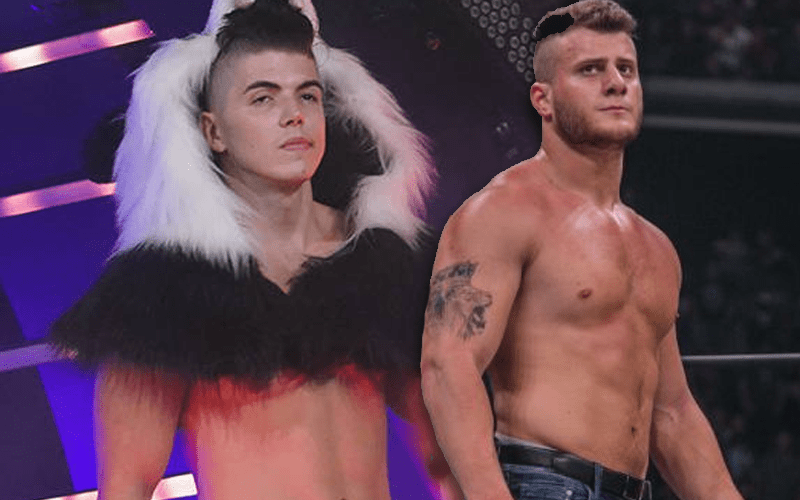 MJF is the Salt Of The Earth and he has very high standards. That being said, you’re not going to win him over with just an attractive selfie.

We previously reported that Maxwell Jacob Friedman dragged a girl online for messaging him looking for some NSA fun. He wasn’t the only AEW star that this girl apparently contacted.

Sammy Guevara is a Spanish God and he would like to be referred to as such from now on. He revealed on Twitter that the same girl hit him up that tried to get with Friedman.

Bro same exact person hit me up & sent me some dumb ass photo as well.

MJF then replied in typical heel fashion to another heel by asking: “Was I talking to you tongue boy?!?!” This was the go-to insult since Guevara loves to stick his tongue out while posing.

Perhaps this is just some dude using the same girl’s picture to entice an AEW star into initiating a conversation. Then again, it’s very possible that there is a girl out there who is just really into All Elite Wrestling and wants to spend some time with one of their stars. If that’s the case then you can’t hate on her for shooting her shot.