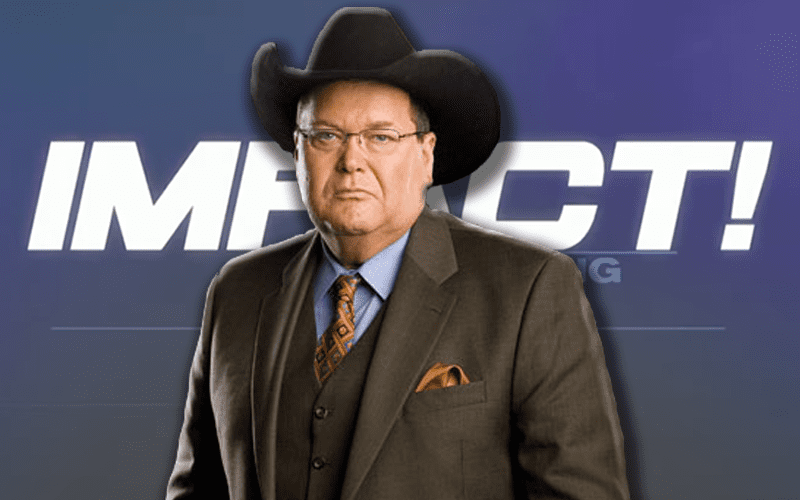 Jim Ross is now the voice of AEW: Dynamite, but the WWE Hall Of Famer also had another opportunity that not many people realize. He could have joined Impact Wrestling.

During Grillin’ JR, he discussed the fact that he met with Dixie Carter about coming into the company in 2009.

Impact Wrestling would have placed a lot of faith on Jim Ross to improve ratings as well. It didn’t work out, but this story also makes us have to wonder how different things could have been if Good ‘ole JR was sitting at the Impact Wrestling commentary table for all those years instead.

“I’m trying to think. I think it was after that [Memorial Day]. I think it was after this, but I did have a meeting with Dixie [Carter] and her family; actually, her entire family: her brother, her sister-in-law, her mom, her dad, her children, her husband, and me at their ranch in Texas. And they picked me up here in Norman and flew me down in a jet. The flight was 20 minutes, 2-0, 20 minutes. And I spent the day and most of the evening with ’em, and I found I had a phenomenal, truly Conrad, a phenomenal relationship right off the bat with Bob Carter. I could see myself working for him, but we could never past the hump of ‘If you want me to cook the dinner, I gotta be able to buy the groceries.’”

“In other words, if my ass is on the line for improving ratings and revenue in general, then you gotta let me do that. And if I can’t do that, like I told him, I remember saying clear as day, ‘Bob. What would Jerry Jones do if he hired Bill Parcells, and Parcells didn’t win? He’ll fire his ass! That’s what I expect you to do to me if I don’t succeed. That’s what you should do. Replace me!’ He kind of liked that. If I’m going to be held solely accountable on how well we do financially, and I’m not able to facilitate all the financial assets that we can lay our hands to make this happen, then you can’t hold me wholly responsible. I want total responsibility, so that was the issue.”

“I want to come in and say, ‘If I want this guy gone, you’re gone, you’re gone, whatever. It wouldn’t be done that way, but you know what I’m saying. So, but that never got [done] — and they flew me back home that night. I had a great time. I remember Dixie and I went on a like a four-wheeler deal looking at all the deer. They had raised these trophy deer, so that was good. And look, I still communicate with Dixie to this very day. I like her. I like their family. We’re southern people, Conrad, you know how that goes, man.”

“In any event, I enjoy the Carters, but they didn’t want to give me total control. And I didn’t want total control of every facet of the business, but I had to have total control over the talents available to me and how I utilize talents who I let go and who I brought in within the parameters of the budget. ‘Oh, there’s not a budget. Maybe we should create that.’ Now, I had some more issues. Like I said, I still talk to Dixie…[plugs live show].”

Jim Ross seems very happy about his spot in All Elite Wrestling right now. This is just more proof of how desirable of a performer Ross is, because he almost went to Impact Wrestling a decade ago.

It all came down to the control that Jim Ross would have been given. It really makes us wonder if Impact Wrestling might not have experienced some of their bigger issues if the had listened to JR.