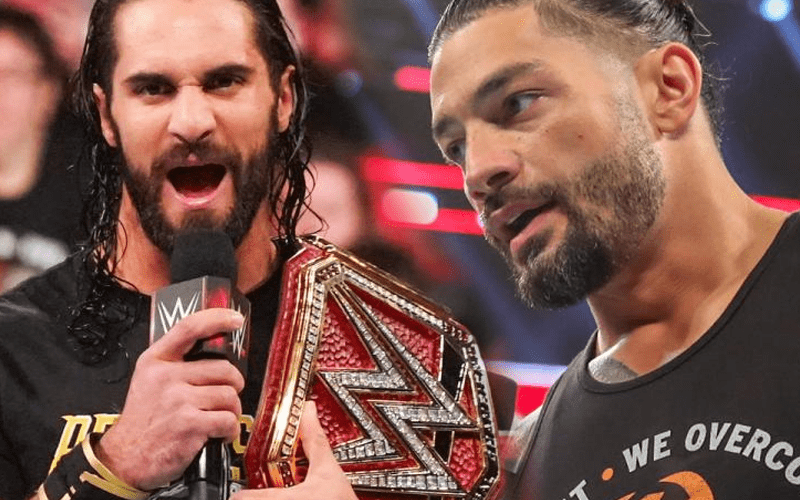 WWE fans have a lot of different opinions and the Internet Wrestling Community on Twitter is full of people wanting to express themselves. Seth Rollins has taken a fair amount of trolling and abuse from wrestling fans, but Roman Reigns is proud about how The Architect handled his business.

While speaking to Sports Illustrated, Roman Reigns discussed how he was proud of Rollins for answering the call after so many on Twitter didn’t think he could do it. This was especially apparent at SummerSlam.

“I was so proud of him and what he did at SummerSlam against Brock Lesnar. He obviously had one of those weeks where the Twitter machine and the Internet went nuts on him, but he bounced back and answered the call.”

“Is he passionate? God, yes. Is he blunt? Of course, that’s why I love him. He doesn’t sugarcoat, he’s very honest, and he is passionate, and he was born for professional wrestling.”

Roman Reigns and Seth Rollins battled to a DQ finish on Friday Night SmackDown until Bray Wyatt showed up and “dragged Rollins to hell.” Since Roman Reigns is staying a blue brand Superstar, we’ll just have to see if Rollins gets called to SmackDown as well. If that doesn’t happen then last Friday might have been the last time we’ll see The Big Dog and The Architect share the ring for a while.