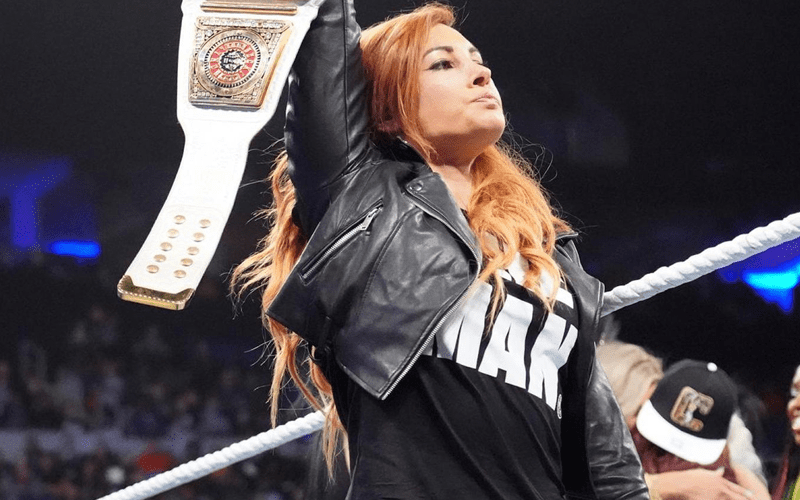 Becky Lynch was set to face Ronda Rousey at Survivor Series, but then on November 13th, 2018, Nia Jax ended that plan. The Irresistible Force punched Becky Lynch in the face during a big brawl between brands and broke Lynch’s face. That is when she really became The Man.

Lynch was using “The Man” moniker before that time, but it was the iconic image of her standing defiant and bloody that is burned into fans’ brains.

While speaking to IGN, Becky Lynch looked back at the last year of her life. Time has flown for The Man which just proves that anything can happen in WWE.

“Wow, yes, it would have been around this time that I started it. Whoa. Either time is flying or, I don’t know, maybe it even feels shorter than a year. It’s been crazy. It’s been go go go go. So many things have happened that it’s sometimes hard to sit back and realize ‘Well, this has gone alright for itself.’”

“It’s all been incredible. I’ve been fortunate enough to have done so many firsts, but it’s very hard to sit back and let it all sink in. When we were filming the trailer for [WWE 2K20], it was the first time I sat back and realized what the magnitude was of main eventing WrestleMania this year. And what it had done for me. And it sat in me for a second on the set, because I never usually have time to think about it. Because after WrestleMania there was media. And then there was RAW. And then SmackDown. And then my parents came back to my house. So I never had time to digest any of it. So while shooting for this, it was probably the first time I really thought about it. But, also, it’s always just ‘What’s next?’ How can we keep it going? How do we keep it moving? How can we keep this industry exciting? How can we make people care more? How can we get people more invested? That’s what I’m always thinking about.”

Becky Lynch might not have Nia Jax to worry about right now since Jax is still out of action after a double knee surgery. The Man is still the champion as she proudly holds RAW’s top female title.

We’ll have to see where Becky Lynch will be this time next year, but at this point it seems as if she really enjoyed her ascent to the top of WWE.