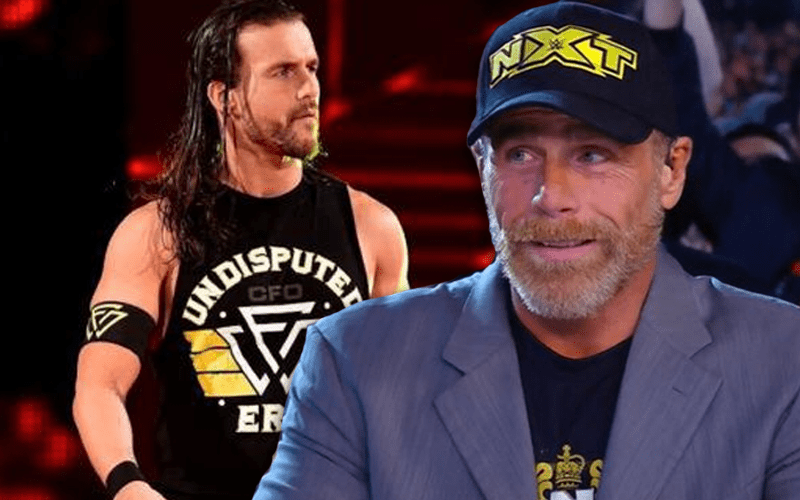 Shawn Michaels might have resisted joining the WWE Performance Center for a bit, but he eventually took the job. Now HBK is helping cultivate WWE Superstars of tomorrow including the Undisputed Era.

While speaking to Digital Spy, Adam Cole was asked about who would be a good fit in the Undisputed Era. It didn’t take very long for the NXT Champion to pick the Heartbreak Kid.

“I’m not just saying him because I think he’s the greatest to ever. But I feel like Shawn Michaels would be such a cool fit in the Undisputed Era.”

It’s not likely that Shawn Michaels will be joining UE any time soon, but that doesn’t mean he’s not involved. Michaels has been instrumental in helping produce many matches including some that Adam Cole has worked.