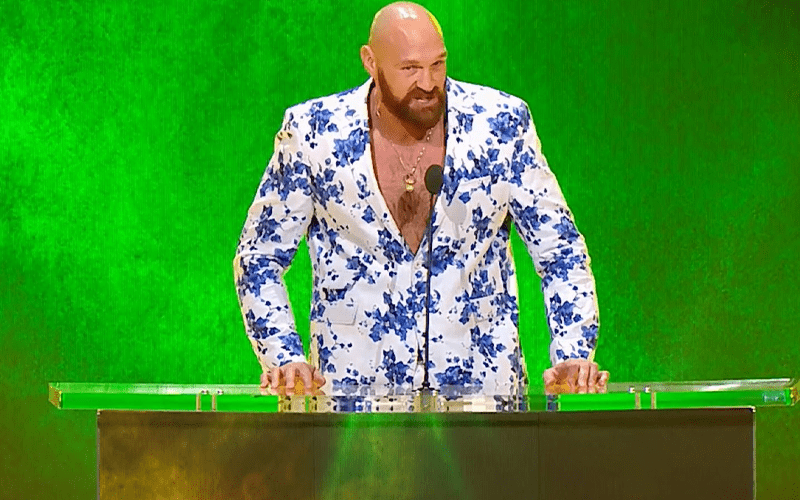 Tyson Fury is facing Braun Strowman at WWE Crown Jewel in Saudi Arabia. This is a big money match and it is likely happening because of the massive paycheck Saudi Arabia is cutting WWE for the show.

Dave Meltzer said during Wrestling Observer Radio that he got to speak to Triple H in Last Vegas following the WWE Crown Jewel press conference. It was revealed to him that this isn’t WWE and Tyson Fury’s first attempt at making something work.

“Several years ago Tyson Fury approached them, and I don’t know what happened, it just didn’t work out. Then very recently they approached Tyson Fury.”

It might have taken some time, but they finally made the deal work for Tyson Fury to come in and try his hand at pro wrestling.