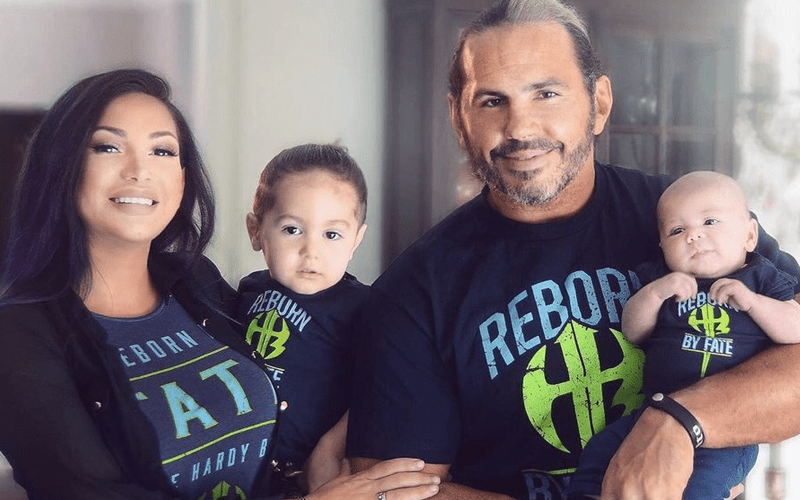 Matt Hardy is used to being a WWE Superstars and the spotlight has been on him for over twenty years. This isn’t the first time he’s dealt with a troll, but this time was personal because it dealt with his family.

One “fan” posted a picture of House Hardy along with a caption saying: “Every morning I wake up and throw a dart at this picture and whoever it lands on is my next target.”

Hardy wasn’t going to put up with this so he responded saying:

Here’s a textbook example of why the Twitter community can’t always have nice things. Pitiful lil’ sweetpea @PunxStarstruck thinks it’s ok to make innocent children their “next target” publicly on @Twitter. Seems to be time to report & revoke their Twitter licenses.

Matt Hardy dealt with things pretty well all things considered. Maybe this fan will think twice the next time he wants to take a shot at someone, especially their family.

If anything, this guy’s lucky Matt Hardy responded and not Reby.