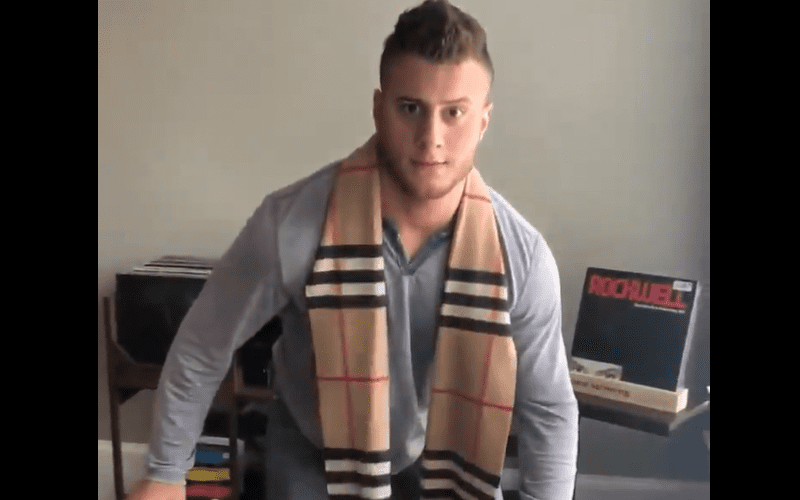 MJF is destined to be one of the biggest heels in AEW, but he can still cut some moves on the dance floor.

Brandi Rhodes might not be MJF’s favorite person even though she is married to his best friend Cody. She has also probably given the Salt Of The Earth another reason not to like her today.

Rhodes had her video camera rolling as she approached MJF and he danced away on their hardwood floor. He was startled to see someone there and then he took off in rapid fashion.

As you can see in the video, MJF slid around on the hardwood floor a little bit as he made his get away. It’s unclear if this was staged or whether it was a genuine moment. Either way, it is absolutely entertaining.