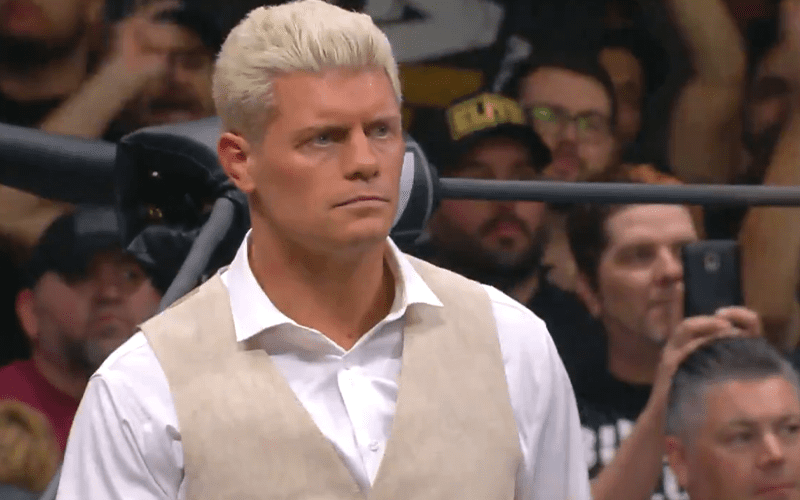 AEW exists because of the fans and Cody Rhodes understands that fact very well. This is why he had to address the fans in Boston.

Cody Rhodes appeared in front of the AEW fans after Dynamite’s conclusion this week. He had some words to share and express his thanks. This was before the crowd got to witness the dark matches that AEW had in store for them.

The crowd filled the arena with “AEW” chants and Cody Rhodes let them calm down. He said it sounds like they are having a good time and everyone agreed. He said the fun is not over before plugging Kenny Omega vs Joey Janela’s match on AEW: Dark.

Then Cody called attention to the fact that Dustin Rhodes is 50 years old and “better than he has ever been.”

He said that AEW is a family and a revolution and they can never stop. He had to explain in “a very boring” meeting what AEW has that sets them apart and it is the fans.

After several more “AEW” chants, Cody hugged Goldust in the ring and he left to allow the dark matches to close out the show.