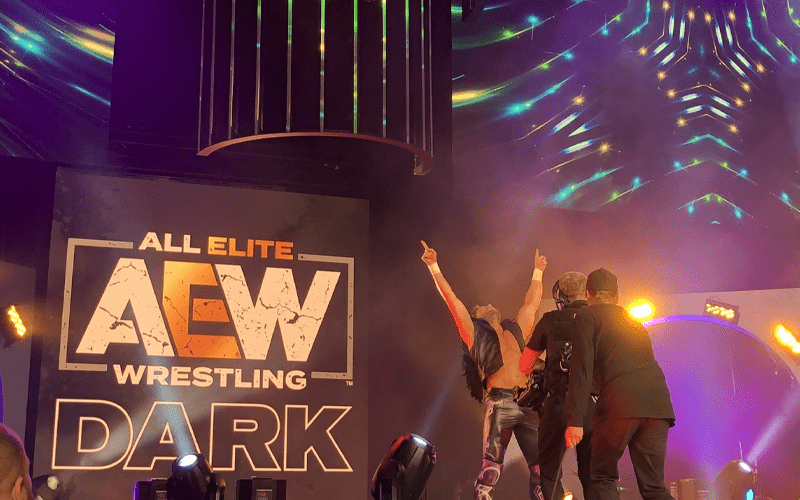 AEW: Dynamite brought a great show to the fans, but after the show was over they recorded matches for AEW: Dark. They even had a match before the show to warm up the crowd.

Peter Avalon vs Sonny Kiss vs Kip Sabian took place before Dynamite went live. Sabian ended up getting the pinfall on Avalon. The crowd was said to be really hot for Sonny Kiss and The Librarian got a ton of heat.

Hybrid 2 and Dark Order defeated SCU and Cima in an eight man tag team match. The crowd was said to have been really hot for this match.

Kenny Omega wrestled Joey Janela after the television show as well. Then again, if you were following Ringside News on Twitter then you already knew this.

This match got insane and there were plenty of weapons including one ladder spot where Janela took a dive through a table. The building was filled with “Eddie” chants after that frog splash. Guerrero would have been 52 today. The fans were not left disappointed in any way.