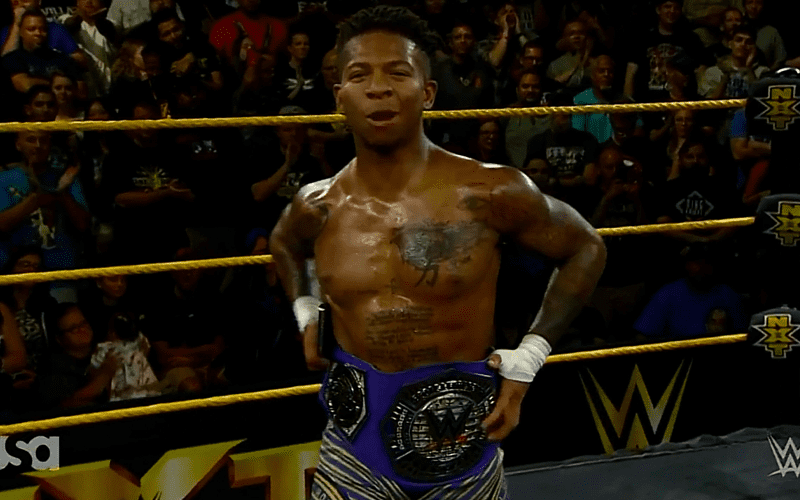 Lio Rush has been on quite a journey of self discovery since being moved off of the WWE main roster. Now Bobby Lashley’s former hypeman is NXT Cruiserweight Champion.

Rush battled Drew Gulak on tonight’s edition of NXT live on the USA Network. It was a hard-fought encounter and in the end, Rush hit his springboard stunner off the bottom rope and a splash for the win.

This marks Lio Rush’s first championship since joining WWE. To make this even more special, William Regal came out to personally give him the title. Then Gulak walked back into the ring to push the title on Lio Rush before shaking his hand and leaving.

This was a big moment for Lio Rush and they gave him plenty of time to celebrate.