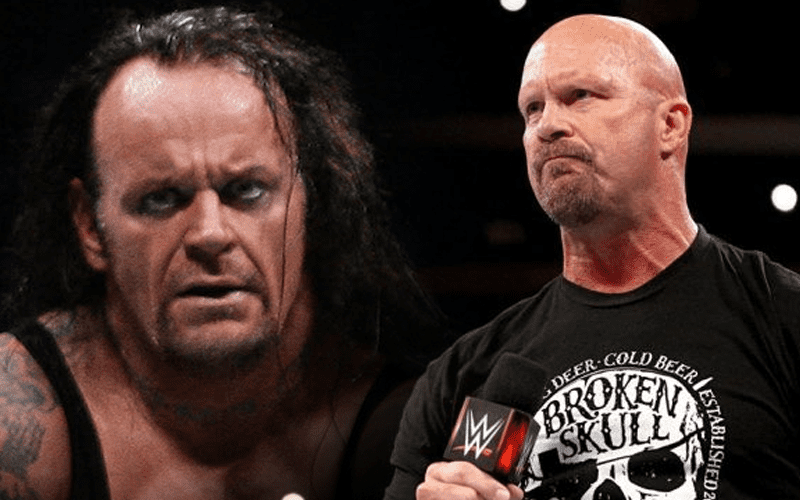 WWE’s big SmackDown debut on FOX promised a host of legends, but The Rock is the only one who really got a chance to perform on television.

Brad Shepard reports on the Oh, You Didn’t Know Patreon that it was a “complete zoo” backstage during the SmackDown FOX premiere. All of this extra activity led to WWE not having room for “Stone Cold” Steve Austin or The Undertaker on the show in spite of them being advertised.

Taker and Austin handled things professionally, but they might not have been 100% cool with being left off of the show.

Austin and Undertaker were “slightly ticked” off at being promoted and brought in for the show, only to not be used.

We previously reported that The Undertaker explained his SmackDown absence with a very short comment on Instagram.

Hopefully, the next time WWE books a ton of legends on a show they’ll actually have room for them.