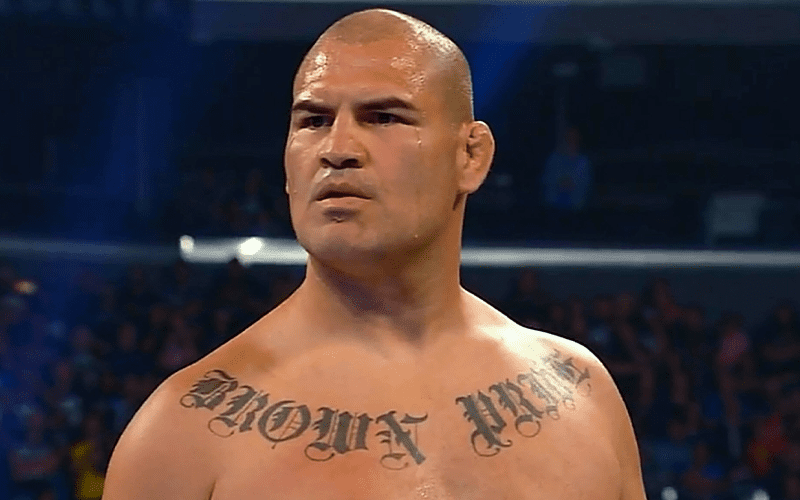 Brock Lesnar was very surprised to see his old foe Cain Velasquez in a WWE ring. Now the two will battle at Crown Jewel on October 31st in Saudi Arabia.

Dave Meltzer noted on Wrestling Observer Radio that Brock Lesnar vs. Cain Velasquez is “as official as official can be.” This won’t just be a meeting between two former UFC Champions, because there will be a title on the line as well.

Brock Lesnar is expected to not only face Cain Velasquez, but The Beast Incarnate will also put his newly won WWE Title on the line. This is a very interesting turn of events because WWE doesn’t just debut someone into a World Title match very often.

We will have to see what happens down the line. It’s unknown how many dates Cain Velasquez has agreed to do with WWE. That could definitely play a role in determining the outcome of this match.