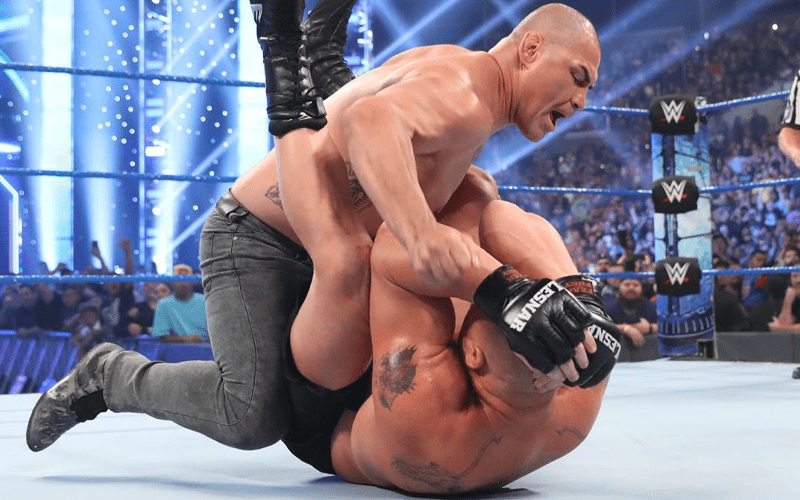 Cain Velasquez has arrived in WWE, but it took a lot of work. Truth be told, the deal might not be done yet.

Dave Meltzer revealed on Wrestling Observer Radio that there were a lot of “snags” in bringing Cain Velasquez into WWE.

At one point, Vince McMahon’s company was upset that the news broke that they were talking to Velasquez so they pulled the offer. In fact, he hasn’t even signed a contract yet.

“There was so much stuff that went on with Cain and everything including negotiations having snags. At one point WWE actually pulled the offer from him because they were mad that it got out with was among the crazy things that happened.”

Cain Velasquez says he has not signed a WWE contract just yet. Meltzer reported that WWE has said that Cain is signed. That being said, “WWE pulled the offer from [Cain] on Monday and they still ran the angle.”

Velasquez will face Brock Lesnar in Saudi Arabia on October 31st for the WWE Title. Depending on what kind of deal Velasquez signs with WWE could go on to change a lot in WWE.