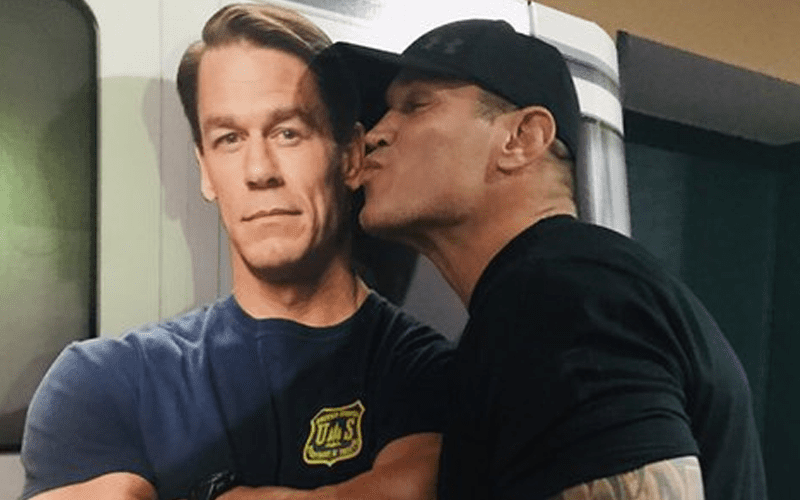 Randy Orton really wants to face The Rock at WrestleMania. Now he is asking John Cena to put in a good word for him.

While standing next to a cardboard cutout of Cena, Randy Orton posted a little message to John Cena. The fact that RKO was also kissing the Cena cutout was just a bonus.

ps: Can you talk to @TheRock and see what his #wrestlemania plans are for 2020? Asking for a friend.

The Rock came back this week for SmackDown, but there was no momentum toward a future match in sight. It also makes us have to wonder why Orton didn’t ask The Rock himself while he was in the Staples Center for the show.