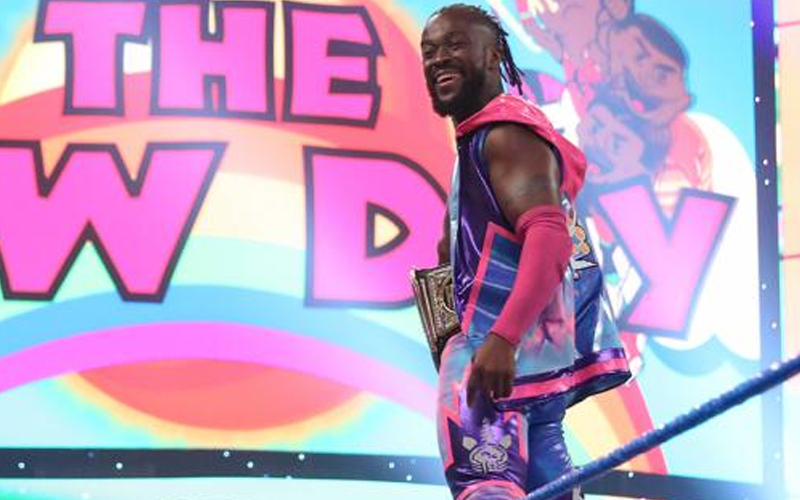 Kofi Kingston lost the WWE Title to Brock Lesnar during the company’s debut episode of SmackDown Live on FOX. This was followed by Cain Velasquez immediately capturing the WWE Universe’s attention.

The former champion, Kofi Kingston released a heartfelt message to fans. The outpouring of support since his title loss has been overwhelming. He was champion and lived out his childhood dream. Now that part of his career has come to an end, but he’s excited to see what’s next.

“Once again, I’m so overwhelmed by the outpouring of love I’ve seen on here over the last 24 hours.

As a WWE Superstar, one always hopes to experience moments in this industry that have a real and positive impact on people’s lives. Judging by by all of these messages, I’d say that mission’s been accomplished.

And again, without all of you and your support, none of this happens, so thank you all for letting me live out my childhood dream to the fullest. I am forever indebted to you.

I’m not sure what comes next, but I will always be so proud and honored to have been your champion.’

Kofi Kingston’s title reign might not have been everyone’s favorite champions run, but he inspired many people. It is a shame his reign ended in a match that only lasted seven seconds, but we’ll just have to see what’s next for Kingston.