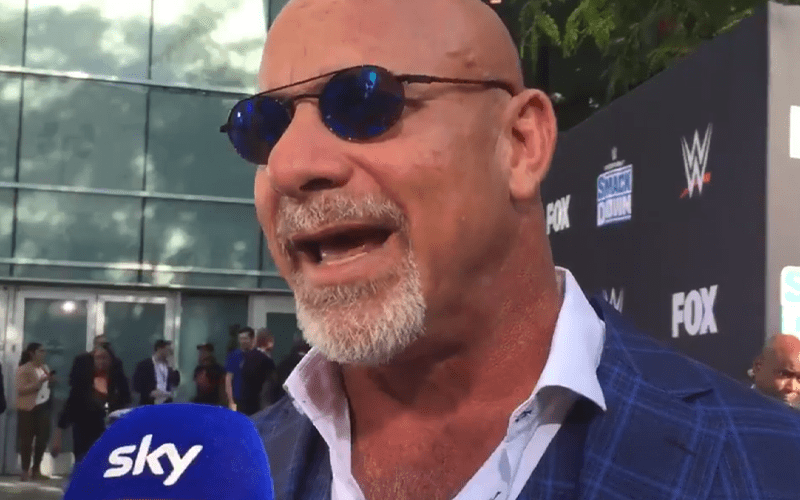 Goldberg and Matt Riddle have had a little bit of a beef and The King Of Bros has had no issues pushing the former Universal Champion’s buttons. They had a little SummerSlam meeting that was quite tense and they agreed to disagree.

Sky Sports caught up with Goldberg and they started to ask him about “someone in NXT” when approaching namedropping Matt Riddle for dramatic effect. Goldberg cut them off at the pass and just interjected that he doesn’t care about NXT.

“I don’t care about NXT or anybody in NXT until they move, you know over here [the main roster] then I don’t need to talk about them.”

When asked by his interviewer if that was a snub for Matt Riddle, Goldberg replied asking, “who’s that?” Then he continued to bury Riddle.

“Who’s that? I don’t even know who that is so if you want to get a good answer from me you might want to ask me a question about someone who to me is viable.

This was a pretty big no-sell on Goldberg’s feelings about Matt Riddle. Apparently, Goldberg didn’t know who Riddle is. Obviously, Riddle didn’t agree with that because he wants to know why Goldberg is lying, bro.