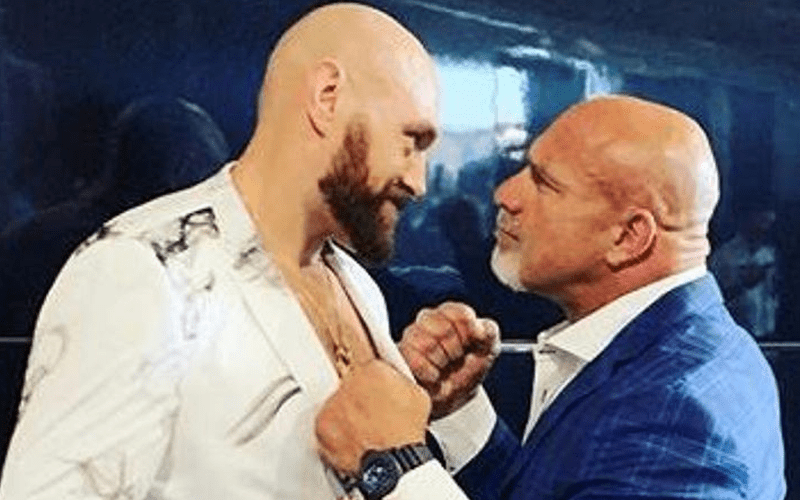 Goldberg was at the SmackDown 20th Anniversary episode, but if you blinked you missed seeing him in the crowd.

Tyson Fury certainly made his presence known in a big way as he tried to rush the ring and take out Braun Strowman. Now Fury has an open invitation and an opportunity to take the microphone on RAW this week.

Goldberg and Fury did meet up and they had a stare-down. It’s likely not going to amount to anything more than a photo-op, but it’s still cool to see Goldberg face to face with the Gypsy King.

Tyson Fury might have his hands full against Braun Strowman. We’ll have to see where this one could lead, but it might have the markings of a Saudi Arabia encounter.