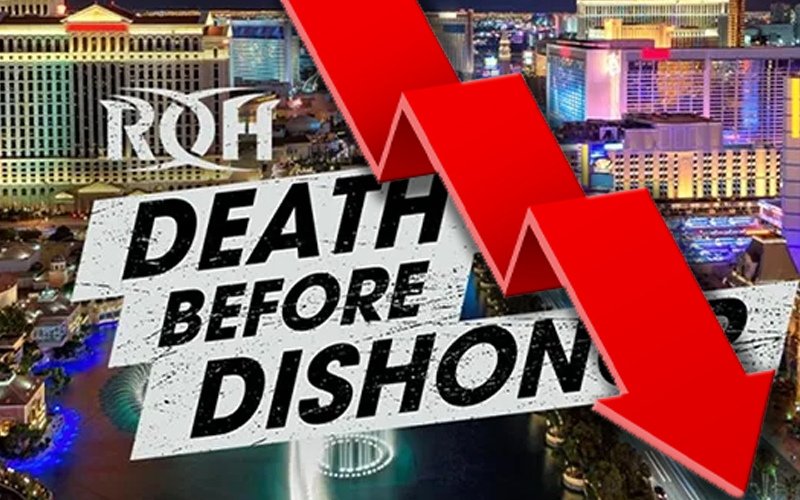 Ring Of Honor held their Death Before Dishonor event last week, but they had a horrendous turnout both live and at home.

The Sam’s Town arena in Las Vegas holds 900 fans, but ROH had a terrible advance. They actually only started the show with around 600 fans in the building and that was after “giving away tickets at the end to basically anyone who wanted them” according to the Wrestling Observer Newsletter.

By the end of the show, it was reported that ROH had about 800 fans in the building. That is sadly less than the number of fans who ordered the event on pay-per-view.

ROH’s pay-per-view came at a terrible time due to WWE’s hype of everything they’re doing and AEW: Dynamite’s debut. This caused a huge change in fan interest and it showed in a big way by the pay-per-view numbers.

It is reported that ROH’s last pay-per-view, Best In The World on June 28th did around 3,500 pay-per-view buys. Death Before Dishonor doing “under 800” buys means they are looking at a 77.7% drop in three months.

The worst part might be that out of the 3,500 fans who ordered the ROH pay-per-view in June, only 115 did so for Death Before Dishonor.

We’ll have to see if ROH can do something to change the tides, but they are certainly experiencing a rough patch right now.