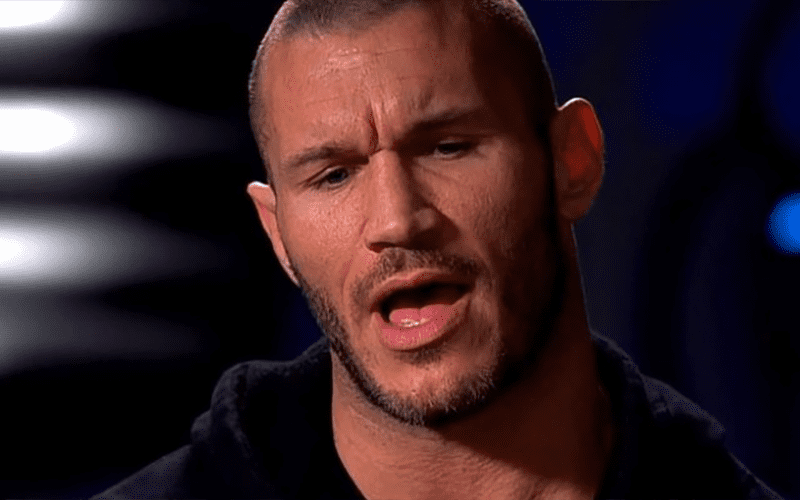 Randy Orton is a veteran WWE Superstar, but his contract is coming up very soon. We have also heard nothing about him signing a new deal at a time when WWE is offering huge money like $1.2 million a year for Braun Strowman.

The Viper loves to play video games and on a recent live stream, Randy Orton brought up AEW rather unprovoked while he was firing his virtual assault weapon.

Orton’s gamer friend admitted that he did not get to watch “that show” last night, but he will watch it later. RKO continued discussing how great All Elite Wrestling: Dynamite looked while praising Sammy Guevara even if he had trouble pronouncing his name.

“Yeah the show started… it’s that big show feel, that big match feel. Cody and Sammy Guevara… that kid can do some sh*t. I’d love to work with that kid, we’d have a good match.”

“I thought that opening the show with that match was a good idea and well received.”

It sounds like Randy Orton is definitely paying attention to AEW. He also wouldn’t mind tangling with The Best Ever, Sammy Guevara. There’s a reason why Cody Rhodes picked Guevara as his opponent.

Let’s just see what The Viper does next because it’s really his call. This might sound surreal, but you can check out the clip below and hear it from The Viper’s own mouth.