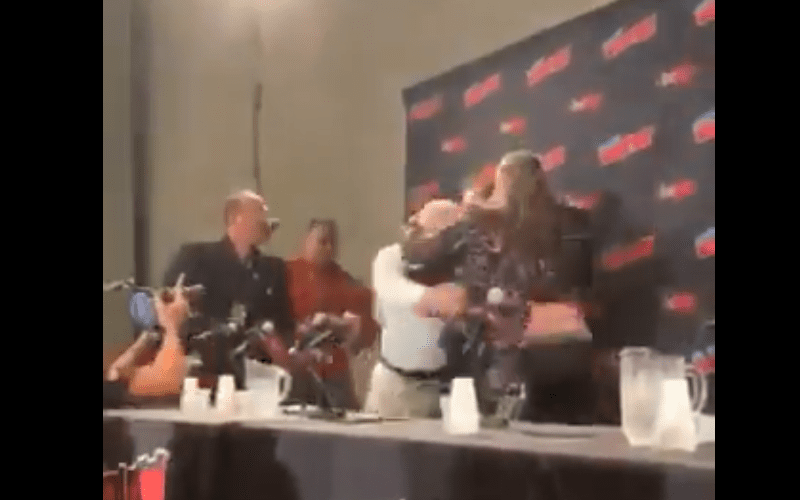 The New York Comic Con is going on right now and people flocked to NYC from all over to get a dose of their favorite fandom. AEW was there in full force and that included two bitter rivals.

Chris Jericho will defend the AEW World Title against Cody Rhodes at Full Gear on November 9th. It looks like they decided to get their hands on each other a little early.

Chris Jericho laid out Cody Rhodes to start off the first-ever AEW: Dynamite show. Then he followed through at the end of the night by introducing a new stable of heels. Cody hasn’t forgotten about any of that.

As you can see from the footage, the crowd was really into this. If AEW keeps doing these rogue promotional stunts it might do them a ton of favors. The fans certainly seemed to appreciate it.