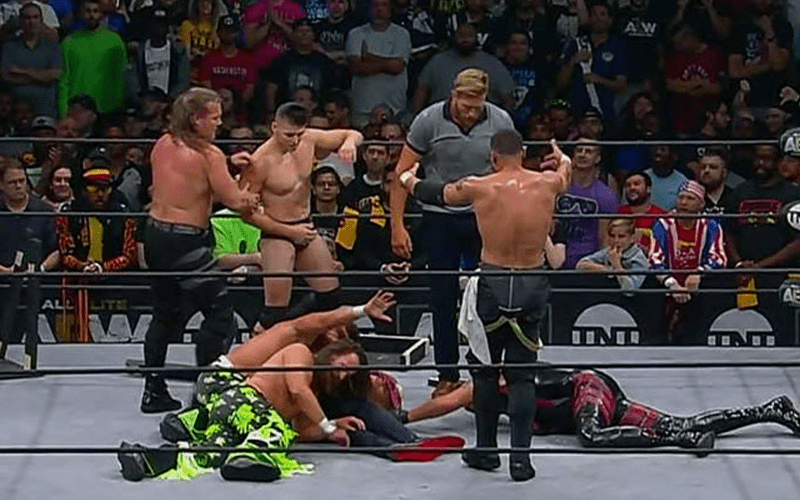 All Elite Wrestling: Dynamite concluded their first broadcast with the introduction of a new stable. We’re not sure what their name will be just yet, but their direction is a little bit clearer.

Chris Jericho teamed up with Ortiz and Santana to take on Kenny Omega and The Young Bucks. After Jon Moxley took out Omega to build to their Full Gear match on November 9th, it left the match as a handicap encounter favoring the heels.

Jake Hager’s big surprise after Jericho scored the pinfall solidified a new stable of heels. Tony Khan hinted that this will be a stable during the media scrum, but now PW Insider has more to report.

The Chris Jericho, Sammy Guevara, Jake Hager, Santana & Ortiz group will be a stable going forward to feud with The Elite.

It appears that this new stable of five heels will be taking on The Elite which is typically The Young Bucks and Kenny Omega. Since Jon Moxley seems to have Omega’s time preoccupied at the moment it will be interesting to see how this develops.