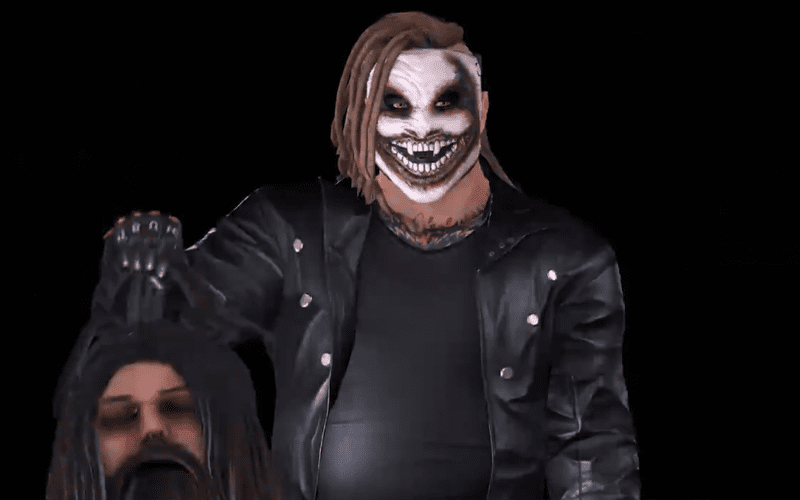 WWE 2K20 will drop on October 22nd and now fans have a chance to see what the game will actually look like. They also got their first look at The Fiend.

2K released a new trailer for WWE 2K20 and they suggested that fans watch with “a keen eye.” What they were suggesting is that fans keep a look out for The Fiend.

Bray Wyatt’s monstrous persona made a couple of appearances during this trailer as he is known to do. He appeared quickly as the screen continued to “glitch” out.

The trailer also featured action from other characters in their “Bump In The Night” download pack which The Fiend will be a part of.

You can check out the trailer below. It features some in-ring action of the game play along with some entrance footage. It looks like Bray Wyatt will be a focal point of this game just as he is taking over WWE television.