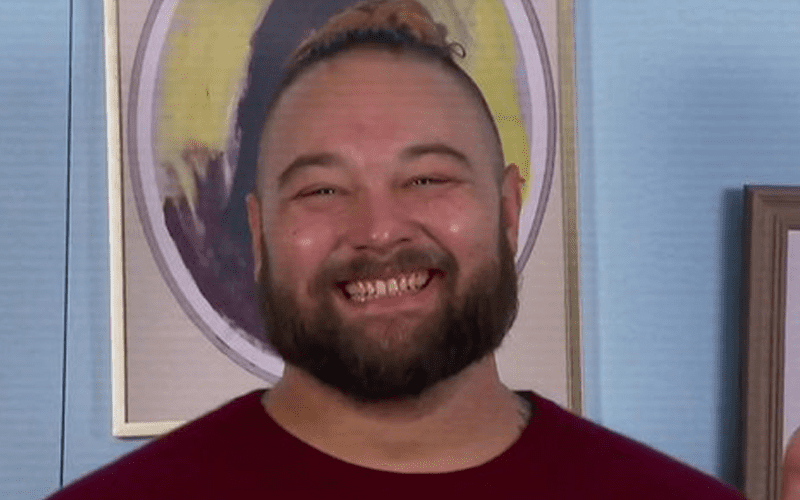 WWE knows how to promote and they obviously realize that Bray Wyatt is one of the hottest acts in the company right now. The Fiend is set to face Seth Rollins at Hell In A Cell for the Universal Title. That fact has inspired some new merch.

WWE is now selling “See You In Hell” shirts with Bray Wyatt’s smiling face on them. It is a hilarious t-shirt considering the fact that most people who see this shirt in public will have no idea what to think.

Bray Wyatt has concluded his last few promos by smiling and waving while he said: “See you in Hell!” This was appropriate because he was speaking to Seth Rollins about their match at Hell In A Cell. Apparently, WWE’s merchandise guys really enjoyed this bit.

You can check out this new shirt below. It might not come in time for this Sunday’s Hell In A Cell pay-per-view, but a shirt like that could be worn anywhere from a children’s birthday party to a Sunday morning worship service.