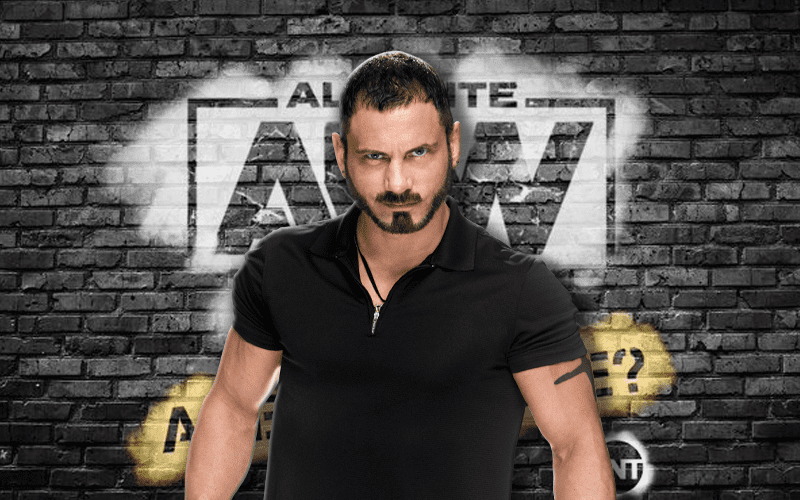 Austin Aries could be joining All Elite Wrestling, at least that’s what he wants fans to think.

We previously reported that AEW is running #ImWithAEW on Twitter as a promotion. If you use the hashtag then you get a nifty emoji. It seems like Austin Aries is with AEW as well.

The former WWE Cruiserweight Champion uploaded a video where he was seen sporting an “I’m With AEW” t-shirt. The caption to this video was also extremely supportive.

This new shirt is [fire emoji]

Who’s watching @allelitewrestling AEW: DYNAMITE premier tonight 8/7c on TNT? Best of luck to the entire crew. Many have been working, fighting, and waiting for this moment!

Austin Aries might not be in Washington DC, but you also never know if AEW could plan some big surprises for fans. If anything, it’s nice to know that A Double is enjoying the action and cheering The Elite on.