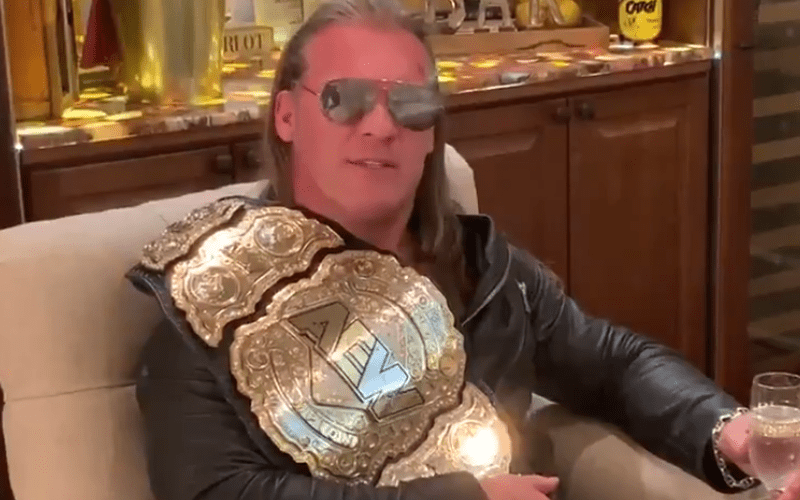 AEW will begin a new era on TNT and Chris Jericho will be leading the way as their first-ever World Champion.

Jericho’s history with the AEW World Title is already legendary and includes a case of losing the title while he dined at a Longhorn Steakhouse. It wasn’t long until AEW was famous for this story and a little bit of the bubbly as well.

Matt Jackson recently told the New York Post that AEW wanted someone with an identity. There didn’t seem to be a better name than Chris Jericho seeing how he has decades of history in the pro wrestling business where he is continually changing his own identity.

“We felt like if we want someone to be the identity of this company, it’s got to be the most famous guy who everyone knows and it’s Chris Jericho, who just so happens to be one of the greatest wrestlers of all time,”

We’ll just have to see how long Chris Jericho will hold the AEW Title. His next scheduled defense is against Cody Rhodes on November 9th at Full Gear in Baltimore. In the meantime, he will continue to represent All Elite Wrestling proudly as their first World Champion.